PLUG IN TO THE FUTURE - Visit at Arup Phase 2

PLUG IN TO THE FUTURE – Visit at Arup Phase 2

Surprised and delighted to see the Anthony Gormley model from a project in Dublin - I worked on shortly 10 years ago - part of the show, plugging me in to the last decade! 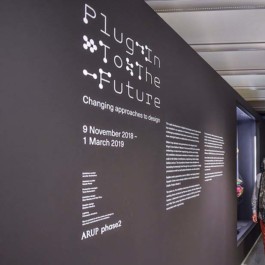 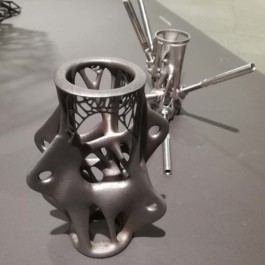 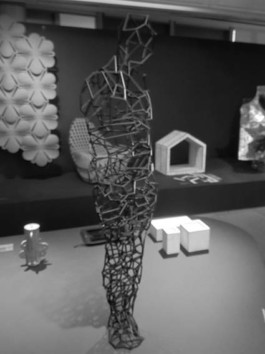 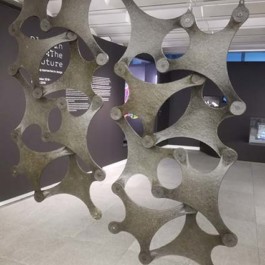 “This ability for the designer to use numerical techniques (parametric or algorithmic design) started an explosion of creative ideas around the world. The next phase of development for designers was the ability to directly make things using numerically controlled machines by either additive or substractive manufacturing. Three-dimensional printing or rapid prototyping started out as a painfully slow and relatively small-scale method of making accurate models.

One of the largest threats to civilisation over the next half century is the scarcity of resources. We are currently consuming about 1.7 planets worth of resources annually – 70% more than the planet can replenish in that time. The world population is due to rise towards 11 billion by the end of the century and half of this population may lift itself out of relative poverty to become consumers like the Western world today. If we continue on our current trajectory, such a middle class population is likely to consume 5 planets worth of resources annually or 400 % more than the planet can replenish. This is obviously unsustainable and needs to be addressed by: minimising consumption; developing bio – materials that embed CO2 and have negative embodied energy.

Biotech and Nanotech are two technologies that we have talked about for decades but maybe their time has come to develop appropriate synthesised materials from plants. Cellulose, either from trees and grasses, can be grown in abundance and made into very useful construction material. Even in its raw form, wood is a highly effective material with roughly the same strength per weight as concrete or steel; it is much more amenable to substractive manufacturing. The use of natural or biophilic material is also proving to have a beneficial effect on our psychological well-being that seems increasingly under threat this century.

The science, tools and technology are all available today, many have been the limiting factor is our own imagination and ingenuity. The pioneers are forging new pathways, and providing ever better examples of what is possible. When we get over the current rise of parochial nationalism and instead collectively rise to the challenge of the finite resources of a fragile planet, I can confidently predict an exponential growth of outcomes that will lead us towards a better, sustainable future.”