The Quatertower project is positioned at the close periphery of the old city and at the proximity of the Textile and Industrie Museum (TIM – “Staatliches Textil und Industrie­museum”), established in a former worsted spinning mille. The museum is an anchor point on the European Route of Industrial Heritage and recalls Augsburg thriving textile industry during the nineteenth century. From that heritage, Augsburg keeps being a vibrant industrial city. The Quatertower project aims at being a landmark of Augsburg´s peripheric centre. It injects a new sign into the urban landscape of city. It adopts an unexpected form; and as such it creates a visible recog­nisable identity. Its pivotal urban position drives and suggests this circular form of the building. The cylinder is creating a signal, vortex, point of reference and gateway between the old city and the TIM.

The old city church towers, the TIM chimney and the Quater­tower project are vertical identification that dialogues with each other and form a network above the building roofs levels. They belong to the same building topology: vertical and non- orthogonal elements.

The Quatertower project is at the cross over between various traffic flows at the periphery of the city. The site is along the “Nagahama Alle” main road attracting peripheric traffic in the North South axis, which cuts off the West-East pedestrian path between the historical protected city centre and the well visited TIM museum. The tower is an opportunity to bridge the footpath and get a urban reconciliation on the West East axis. Therefore, it is suggested to develop along the main building a public footpath that would reconnect, regenerate, and relink the two part of the city directly. It would put the tower as a milestone and a point of reference. The cylinder-based geometry facilitates orien­tation and flow connection. The open café at the ground floor is envisaged to be a meeting point and is an extension to the garden landscape space. 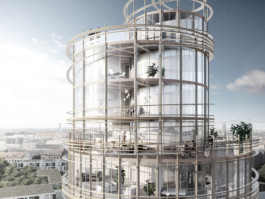 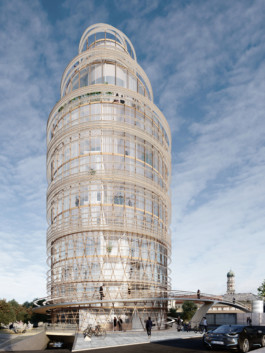 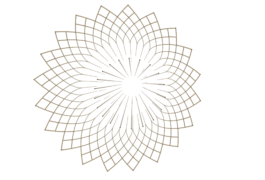 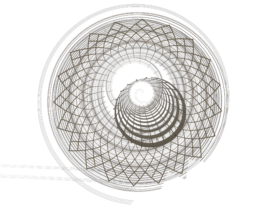 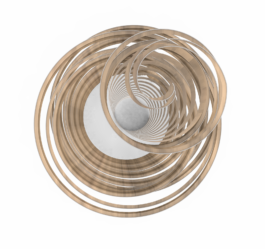 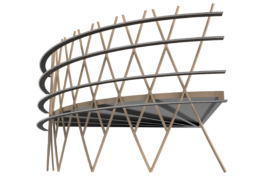 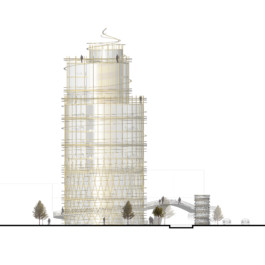 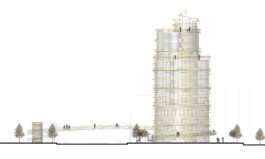 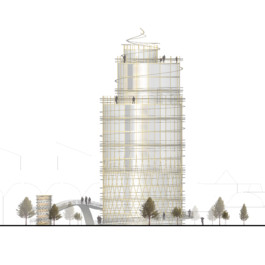 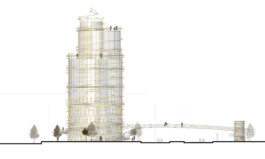